Malcolm Childrens’ Foundation features in The Insider Issue #5 of Secular world magazine. Kindly add the link of the insider issue #5

Because we need to acquire more knowledge on how to manage a healthy and life saving charity, two of our staff members Applied for a short course in depression management and suicide prevention,

Luckily enough the two staff members were given this course on scholarship basis by the university of applied sciences Utrecht. Our organization is still looking for funds to enable these amazing volunteers to help them on their travel costs and accomodation.

Our director Susan Nambejja is currently in the UK promoting MCF’s work and strengthening its networks. As Susan’s trip draws to a close, here’s an update on some of her activities.

A charity quiz was organised by Steve (above) at the Three Crowns pub in Bushey, Hertfordshire on 12 December 2017. Susan gave a presentation at the quiz, and the evening raised an amazing £700 for MCF. 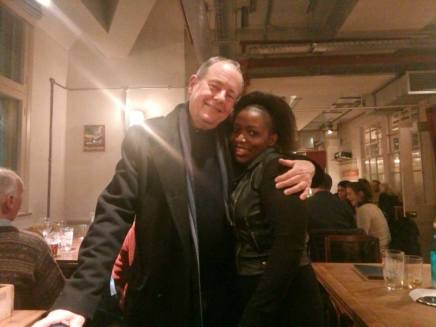 Meeting Alan Palmer, Treasurer of the Central London Humanists and part of the team that tried to help save baby Malcolm. 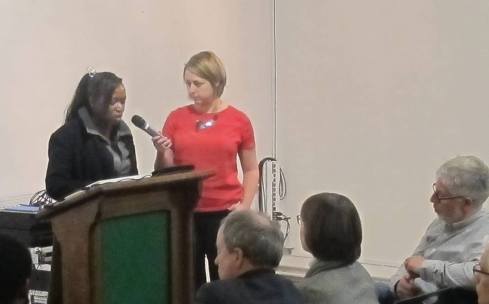 On 18 January 2018, Susan presented to the Central London Humanist Group at its Annual General Meeting. The group kindly raised a fantastic £750 for MCF as a result.

Susan with Michele Walker who kindly donated a laptop to support the work of MCF, in Woodstock, Oxford. 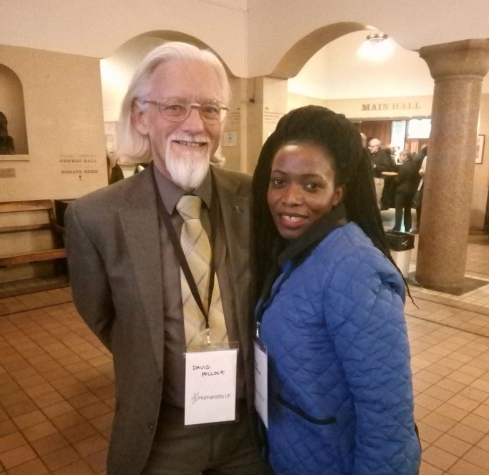 Susan presents MCF to the London Black Atheists in November.

Our director Susan Nambejja is currently in the UK meeting friends and charities, making new connections and giving presentations about MCF’s work.

Highlights of the trip so far…

Susan meets the Humanist Society Scotland (HSS), a charity based in Edinburgh. In the photo Susan had joined them for their Wednesday night tea walk, where they feed hungry people on streets of Glasgow. This enables Susan to learn and compare how charities work between developed countries.

Susan meets Malcolm memorial tree, at Alice Fuller’s home in East London. Alice is a good friend of Susan’s who was touched after the death of her son and planted a tree in his memory. Susan was excited to see the tree, and to meet Alice and her family for the first time in person.

Susan with Josh Kutchinsky, a great humanist friend who brought people from around the world together to help Malcolm get the heart surgery he desperately needed. Josh’s own health isn’t good at the moment but he wanted to meet Susan and support the work she is doing to save other children like Malcolm in Uganda.

Meeting with staff of the International Humanist and Ethical Union (IHEU) and Humanists UK, to talk about humanism in the UK and the work of MCF. Susan is currently applying for MCF to become an official member of IHEU.

Watch out for further updates as Susan’s trip continues…

A leading Ugandan newspaper Bukeddde features our director Susan Nambejja. The article talks about Susan’s reasons for setting up the charity in memory of her son Malcolm, and what she hopes it will achieve for other children with life-threatening conditions.